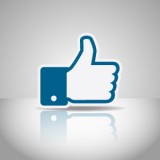 SLAS is now accepting applications from our G12 students for our 2016 SLAS Scholarships.