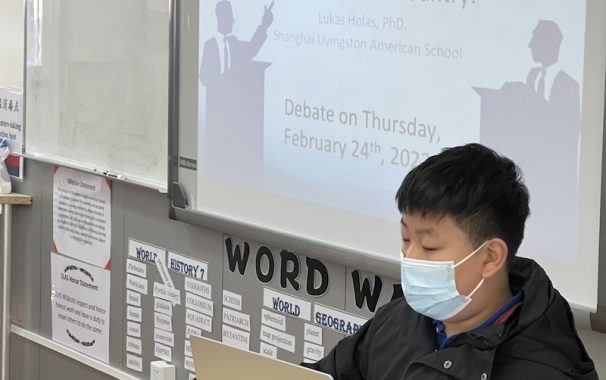 Can people of various religions and cultures coexist in a country side-by-side peacefully or do multiculturalism and religious freedom hinder stable development of a society? This intriguing issue was a driving question in the debate led by PreAP level students in Grade 7 last Thursday.

This was a question that served as a thread that connected all units we covered in our World History classes since the start of school. When students answered this question for the first time in our discussion about rising influence of Christianity in Roman Empire, their views demonstrated that they are creative thinkers, indeed, yet only rarely could they support their arguments with relevant historical evidence. As we investigated Islamic civilizations, Medieval Europe and feudal societies in Eastern Asia, we all found out that answer to our main driving question would not be as simple as we thought at the first sight. Relevant examples of successful empires or kingdoms and their policies started piling up for both debating teams.

No matter if the students supported multiculturalism and religious freedom; or argued against; or acted as academic audience, February 24th witnessed the pinnacle of our effort. It was astonishing to listen and observe the debate. Students gave no space for assumptions since logical arguments were presented and supported by relevant historical evidence just like creative thinkers and proficient communicators would do. Members of audience presented themselves with challenging questions to keep the debate interesting and on the right track. Rebuttals conducted briskly and always to the point showed that our class is growing into true confident individuals. Depth of the research by several students went beyond expectations, considering that they introduced also historical events which are not the scope of G7 World History course. And above all of that was an overwhelming compassionate spirit demonstrated by all students at all times. Degree of respect to each other’s arguments, letting one person speak at a time and fast-paced exchanges while keeping the voices polite were traits that even many adults could find inspirational. 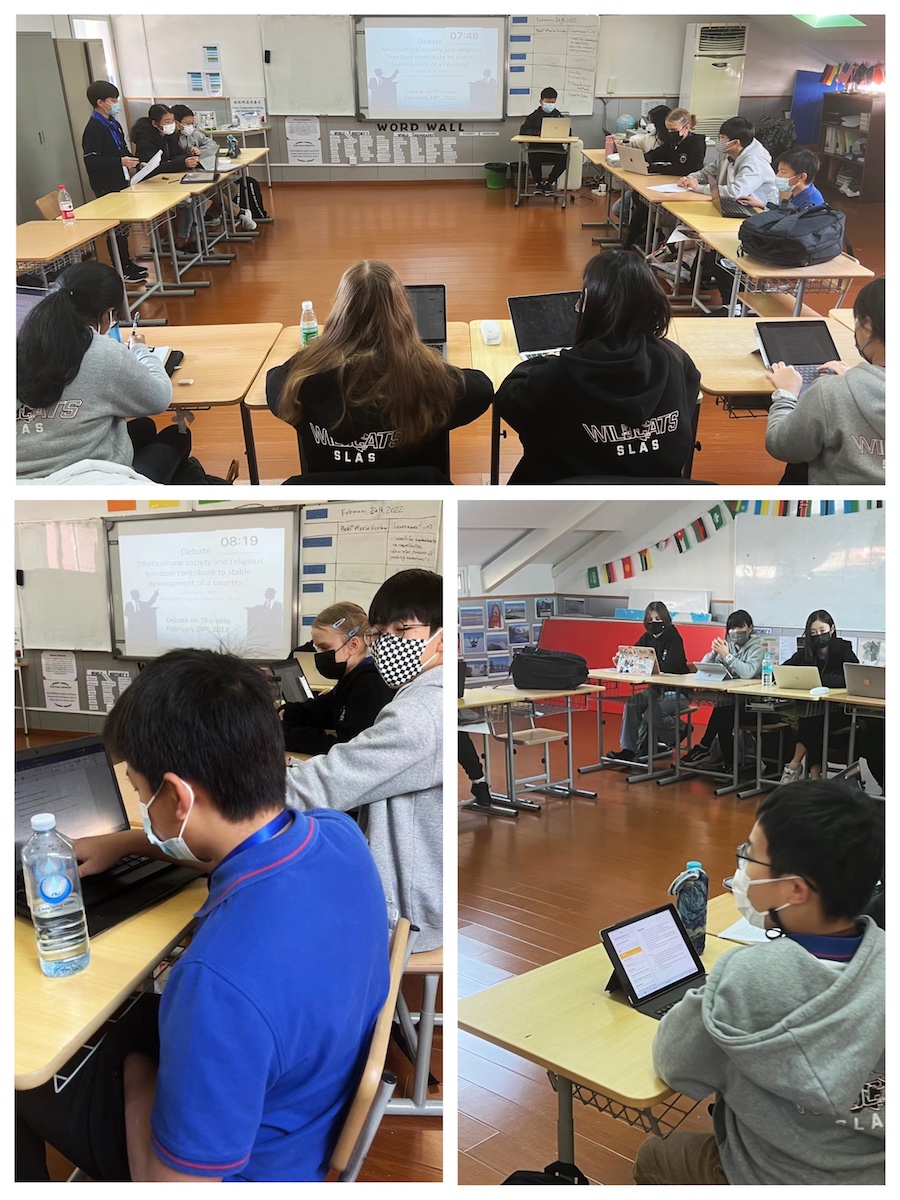 Although the team proposition convinced members of the audience in our debate that multiculturalism is beneficial, I do not doubt that all students were winners – building up their knowledge and polishing their soft skills to become global citizens of the world. Well, we will have a chance to see them all in action in a few weeks in a mock trial of Galileo Galilei. Will you join us, too?