You are here: Home | Events | SLAS: Debates in World Geography

Grade 9 students of World Geography course celebrated the International Children’s Day with a debate about one of the most intriguing economic, political and cultural issues of the contemporary world: Should South Korea and North Korea Be United Again?

We spent three classes comparing similarities and differences between South and North Korea in terms of climate, economics, political systems and culture. Knowledge of different realities helped students identify major challenges that potential unification of the two countries on the Korean Peninsula would pose. It was astonishing to see students in debating teams go beyond the required curriculum as their arguments highlighted implications of the unification not only on regional level, but on the global environment as well. 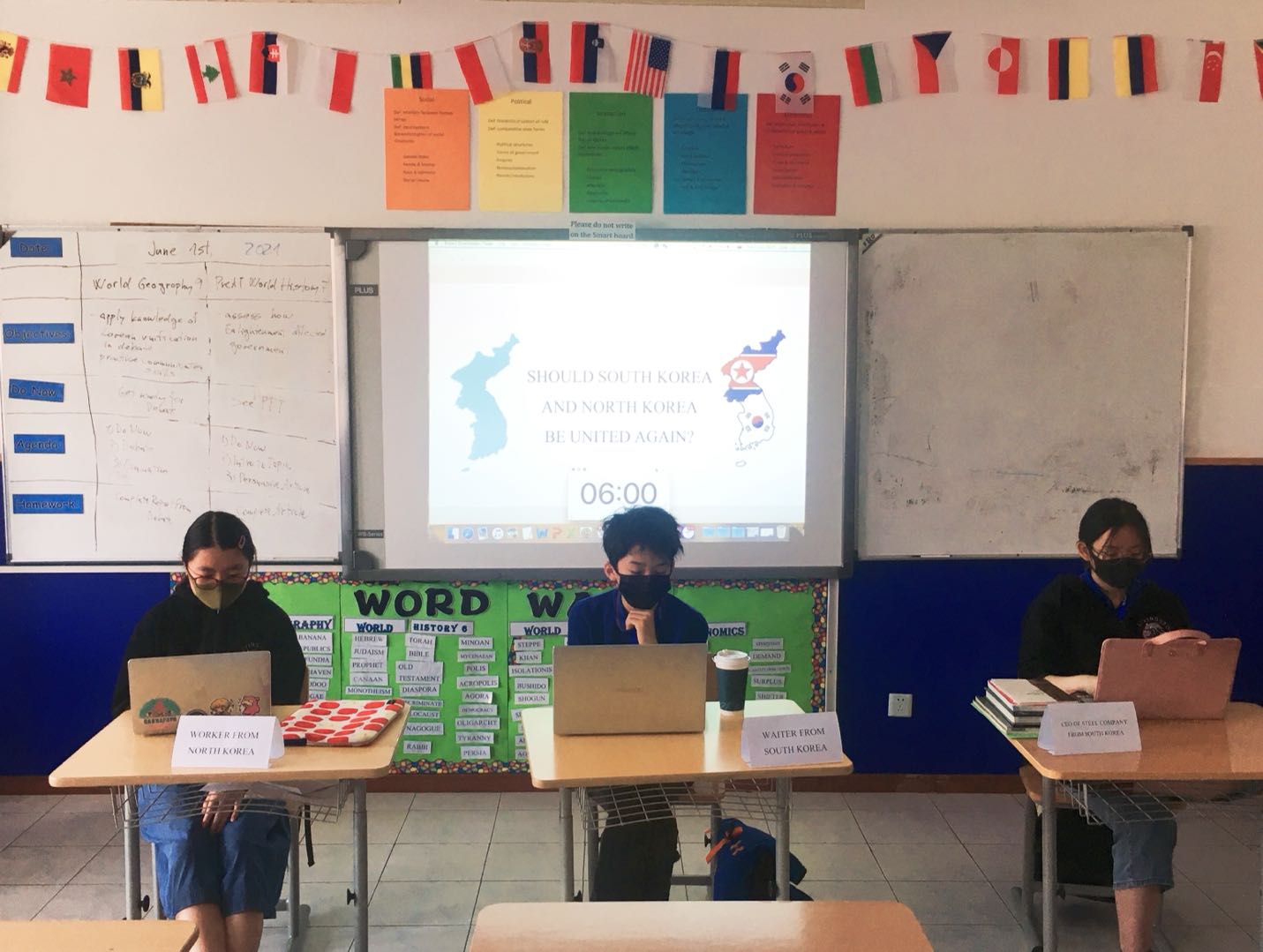 The debate itself was filled with healthy rivalry between the two teams. Students were thrilled to practice proficient communication skills while not letting their creative thinking rest either. Sound arguments supported by relevant statistical data or real-world political statements were flying back and forth. The task of both debating teams was to convince a group of students, citizens – who represented interests and opinions of selected groups of Korean society: average worker from North Korea, waiter from South Korea and a CEO of a steel company from South Korea. Needless to say, citizens were no less important participants of the debate, as they often challenged debating students with thought-provoking questions. Eventually, citizens stood ahead of task that nobody envied them: choosing the more convincing team. 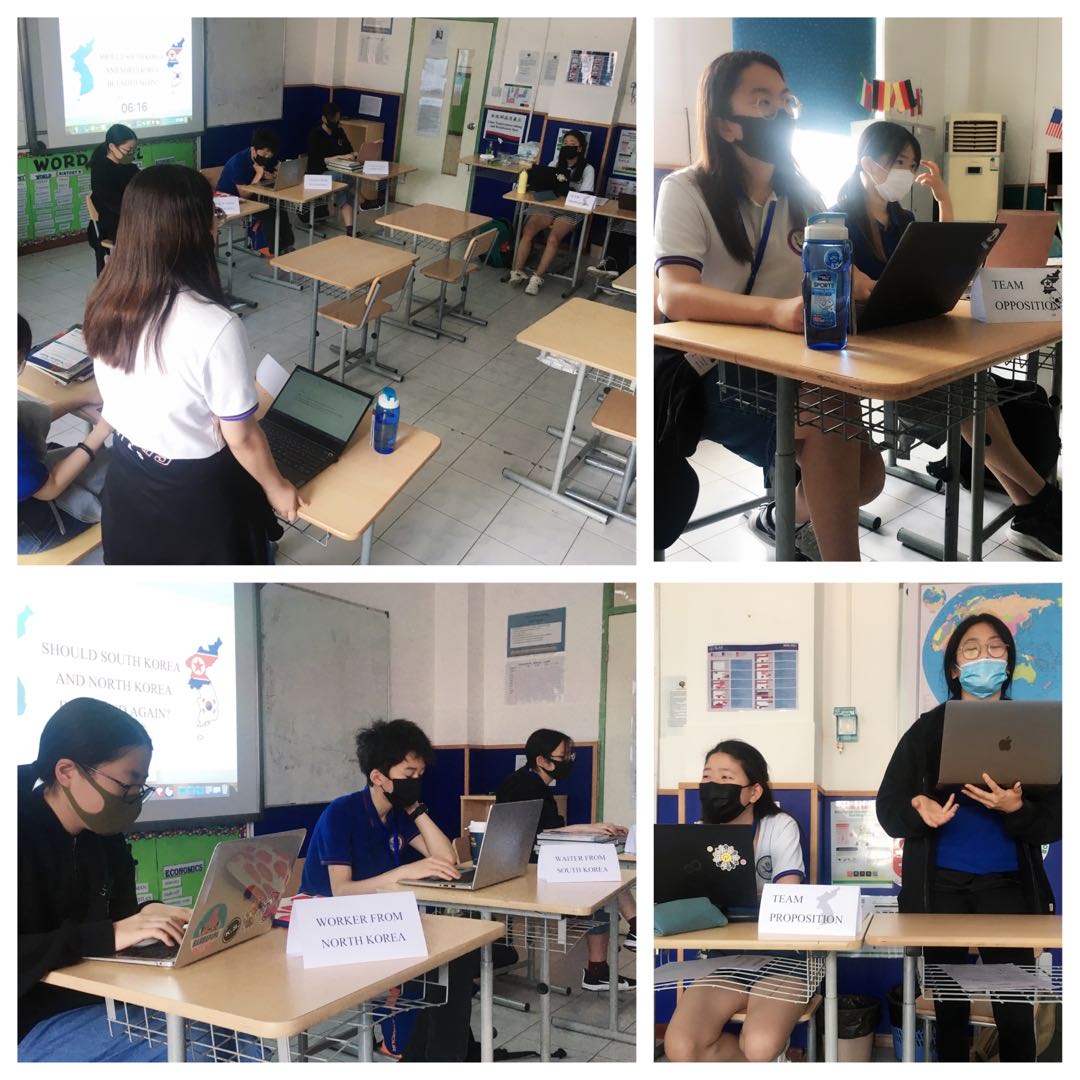 In the end, we, in World Geography class, cracked a dilemma if South Korea and North Korea should be united again or not. Only time will tell if our solution becomes reality.